Fencing can be a difficult subject matter to photograph.  There are the obvious technical challenges that are present in sports photography in general: capturing fast action at the critical decisive moments, poor lighting, having less control over vantage points, etc..  In fencing, however, there are other challenges of a different nature.  As much passion we fencers have for this sport that we have embraced, to the average layperson more accustomed to team ball sports, observing fencing can be a bit dull.  In fact, a fencer recently told me, “Because fencing is all just white and blah and ends up looking the same . . .,” that fencing photographs can be boring and uninteresting.

I have made mention recently that I have been mentoring a friend in the photographic arts for the past several months.  I decided to take Annamaria under my wing after seeing some snapshots she had posted on Facebook.  I saw in her photographs that she has a natural eye for composition; she has a talent for framing and capturing the moment, a talent that must be fostered and honed for the sake of the art.  Our association has proven to be a rather beneficial one and to me in particular despite being the mentor myself.  In addition to forging an even stronger friendship with Annamaria and collaborating on a few intriguing projects, she has taught me a thing or two about photography.  She prefers to shoot almost exclusively in colour, seeing it as an integral element that should be utilised whenever possible.  My protégé’s fixation on colour coupled with my own fascination with reversal film such as Kodachrome and Fujichrome Astia has influenced me to be ever more conscious of colour whenever I look through the viewfinder of a camera. 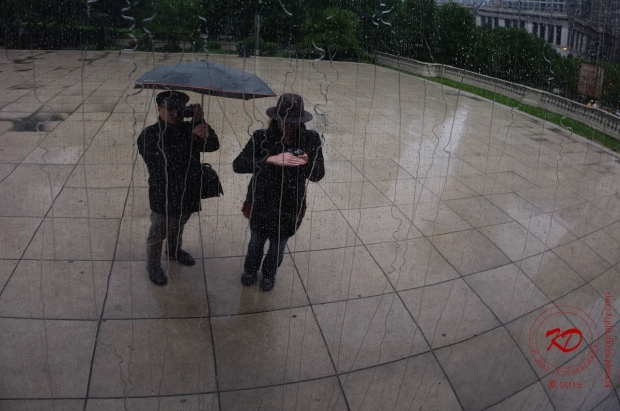 I carried Annamaria’s colourful influences with me into the Wisconsin Center at Milwaukee on the morning of 18 April, there to photograph Day 2 of the April North American Cup (NAC) fencing tournament.  This was only the second NAC I had ever photographed; the first time was well before I became the photographer that I am today, before I had an intimate understanding of the nature of light.   As usual with fencing, I was expecting poor and dim lighting.  It is a plight of this specialty, given that large fencing tournaments often take place at convention halls which seem to have the banal architectural influences of the Berlin Wall, making the Führerbunker seem warm and cozy.  While the lighting at the venue this time was not the worse I have encountered, it was dull to say the least.  Grey concrete floors, beige concrete walls, metallic grey pistes, grey fencing lamés, white fencing uniforms, and the regulation navy blazer and grey trouser uniform of the referees.  All sounds like an abomination to Annamaria’s colour sense. 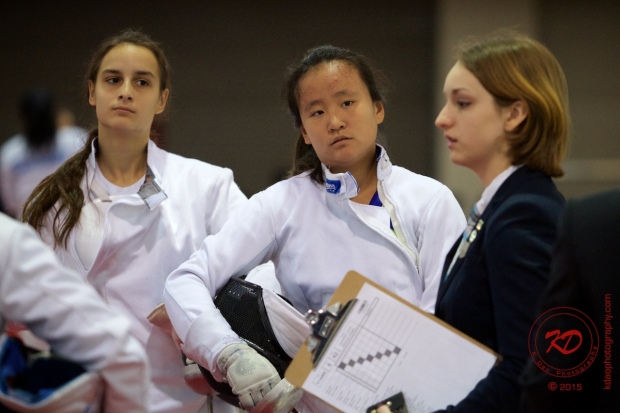 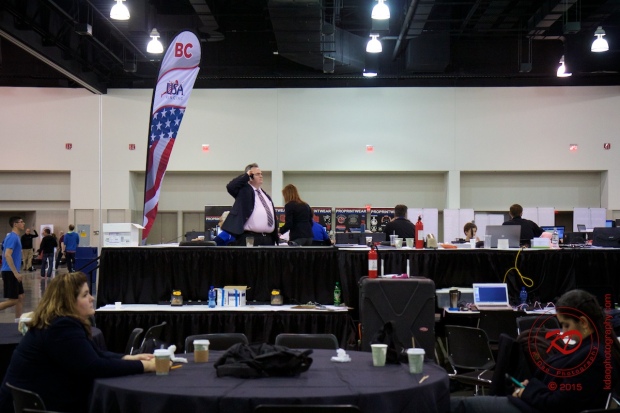 Fortunately, someone in the United States Fencing Association a while ago had the good sense to implement the use of bright red carpeting around the pistes.  I once heard a photographer say in a seminar, “When in doubt, make it red and make it big.”  I immediately exploited the massive red carpeting when I began shooting shortly after walking into the venue.  Despite being slightly hungover from a late night of beer sampling with my buddy Calvin, with whom I traveled, I got right into my usual shooting groove.  It was not long, however, that I began noticing other colours popping up in the background, in particular, blue.  While other colours were present, such as the orange walls of the concession stands and pink fencing masks, blue showed up quite a bit as either warm-up jackets, club patches, sections of the concrete walls, even water bottles.  Juxtaposed against the white fencing uniforms and red carpeting, many frames showed some some form of a tricolour. 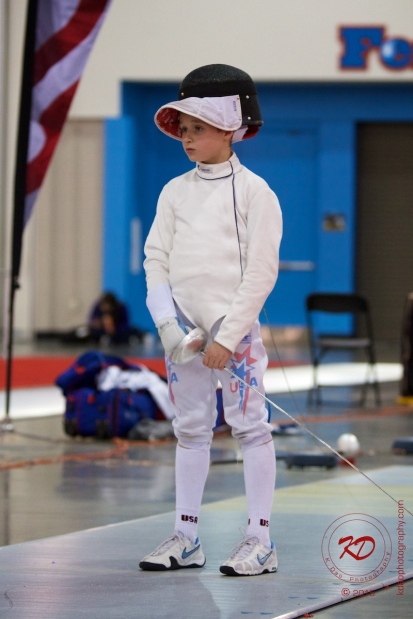 The day went on just as any other fencing tournament: constantly searching for an interesting bout to shoot, switching into street photography mode here and there, answering questions about my photography, catching up with familiar faces and meeting new ones, and of course, a lunch of Clif Bar “field rations.”  There was a new occurrence for me at this one, though.  Despite years of shooting, I had never before been directly addressed as “photographer” instead of just my name or “hey you.”  A few of the youth fencers addressed me as such even after I had introduced myself.   Admittedly, my first name can be a bit confusing to pronounce (for the record, it is pronounced, “QUA” or like one of the eight ways of asking “what” in French, “quoi”).  Oddly enough, I find being addressed “photographer” a bit of an honour, despite the fact that is merely what I am.  Perhaps it is because I am recognised for what I am rather than being perceived as just some Asian bloke with a camera. 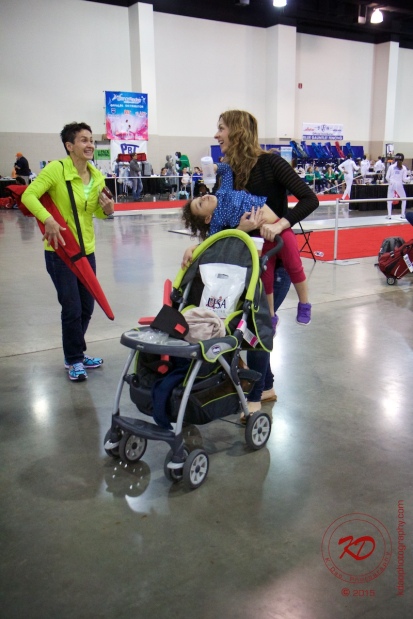 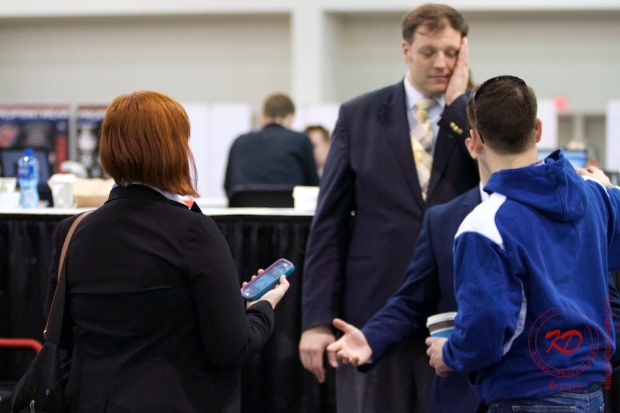 I think next season, I will upgrade to hardtack and canned Vienna sausage.

Although the action was still going in full into the evening, by 18:30 I was getting a bit tired.  Calvin had finished his coaching duties for the day, and two of our referee friends were being dismissed for the day themselves.  The four of us met at a local Milwaukee restaurant for a delicious dinner that included duck poutine and Basil Hayden bourbon.  I finally returned home to my flat well after midnight with full CF and SD cards, empty batteries, and as usual for any trip across the northern Illinois border, two cases of New Glarus beer which can only be purchased in Wisconsin.  All in all, it was a good day. 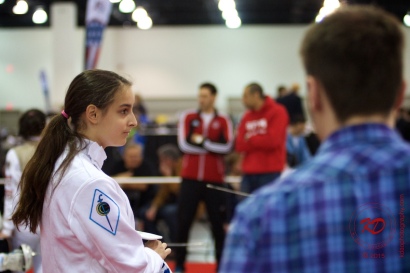 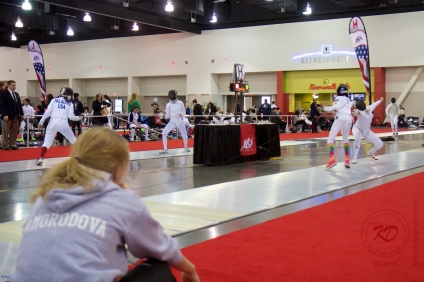 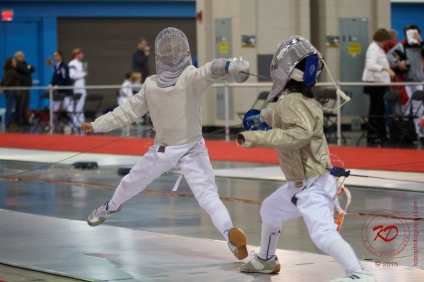 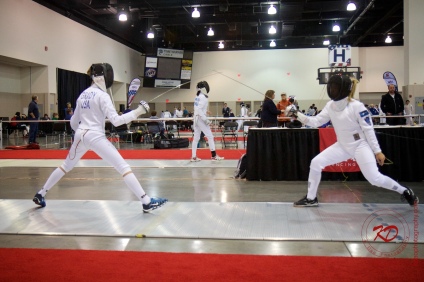 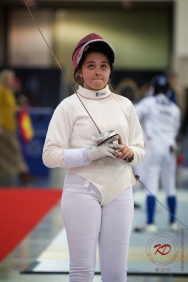 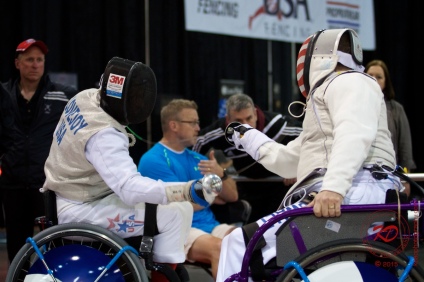 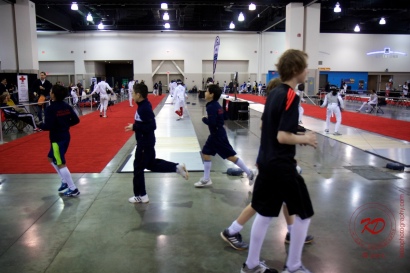 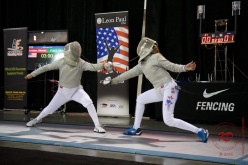 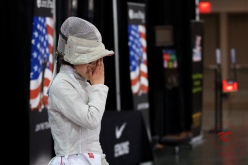 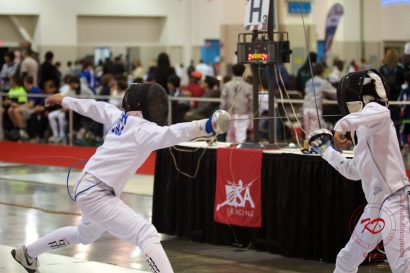 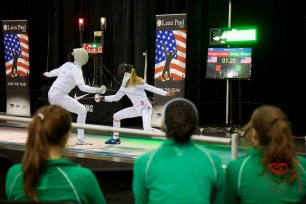 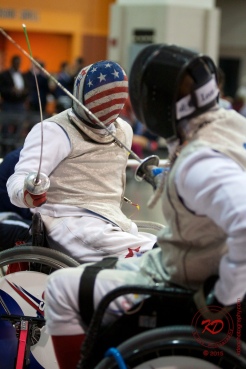 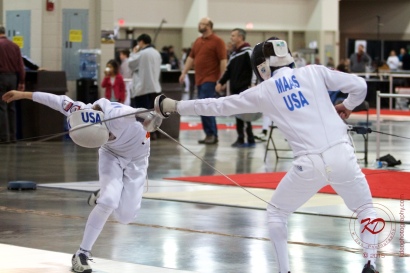 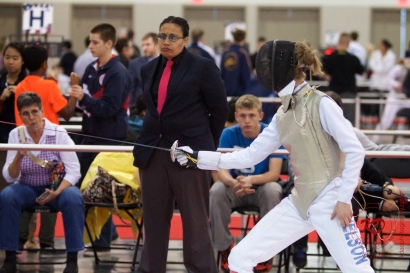 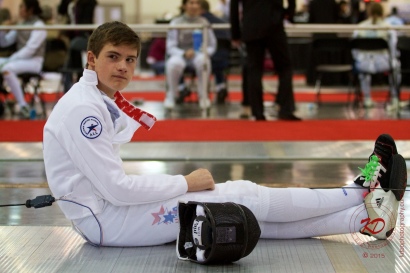 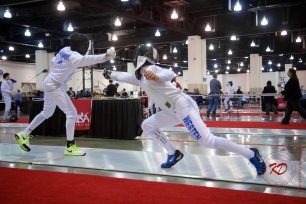 ← Shall not have died in vain
HAWKS WIN →