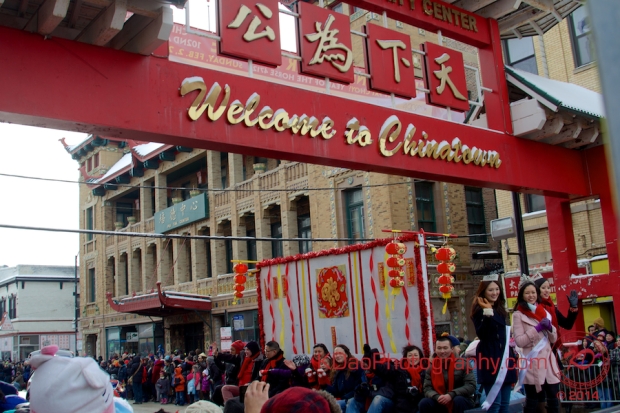 The weekend past saw three days of profuse photographic activity spanning four locations, four cameras, five lenses, two eyes, and one photographer of questionable sanity.  Because of how extensive that weekend was, I have decided to divide my account of it into three segments.   I had published the first two segments, “Day 1: Chuc mung nam moi!” and “Day 2: Advance retreat,” yesterday.  Now comes the conclusion to “Horsing about.”

The third day of my own photographic Tet Offensive of striking everywhere (yes, I know how incredibly insensitive that remark is especially given I myself am Viet, but I’m sticking to it), took me to the Chinatown New Years Parade.  On that Sunday morning, I chose the middle ground with my imaging tools, going with convenience and lightness with only one camera and one zoom lens. 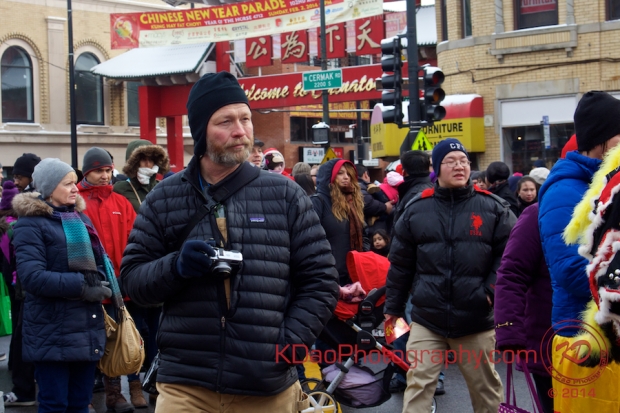 The Fuji x100: sometimes, small and simple is the best solution.

Despite practicing this art for a few years now, rookie mistakes can still creep up because of rush and negligence.  The one lens from my arsenal that I selected to take was the Canon 24-85mm f/3.5-4.5 USM.  The last time I used this piece of glass was the week before outside in -1°F weather while attempting to photograph vapor steaming off the lake.  Since then, I have placed it in a dry box untouched, untested.  VITAL LESSON:  Always test your gear before heading out, especially if going without a backup.

When I got off the ‘L’ at the Cermak-Chinatown stop, I could see the crowd gathering around the parade on Wentworth Avenue and Cermak Road.  I switched on my camera, set the aperture to f/8, ISO 400, aimed the viewfinder to the scene, and slighted squeezed down on the shutter button to focus.  Nothing.  The tiny green dot on the bottom right of the viewfinder was blinking briskly as though signaling in Morse code, “CANNOT FOCUS, YOU IDIOT!”  Quickly, I brought the camera down to look at the lens.  The switch was on to AF and not MF.  Focus point was selected to center as I usually have it.  I tried again.  Nothing.  I switched the camera off and on again.  This time, I got a focus lock, but immediately after taking one shot, the camera shut down.  The tiny LCD screen on the top plate flashed, “Err-01.”  In Canonion language, Err-01 means the lens and camera are not talking to one another.  Frustrated, I twisted the lens off the body and applied a fencer’s solution for an electrical communications problem—spit.

I DO NOT ESPOUSE this trick to anyone here reading, and I WAIVE ANY AND ALL LIABILITY to such effect.  Upon licking a generous amount of saliva to my thumb, I proceeded to clean the electrical contacts on the lens mount.  Fencers do this with the electrical connectors of their body cords when a fault occurs, as to clean off any insulating film or substance.  After slapping the lens back on, I regained autofocus and proceeded down into the crowd. 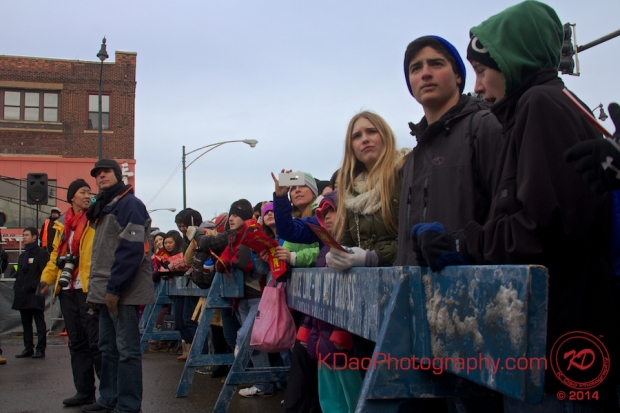 The key to photographing a crowed event—parades especially—is to shoot either high or low.  Being only five foot, seven inches tall often leaves me with the latter.  Carrying only one camera and a small canvas bag made me nimble and streamline enough to slither through the dense crowd.  Even though I ended up having to crawl through a slushy street gutter that resulted in having to clean off bits of mud and salt off the bottom half of my overcoat later that evening, I eventually emerged right beneath the blue police barrier where I found other photographers shooting.  I presume that these photojournalists were bona fide with credentials, and despite having with me only one DSLR and a moderate zoom lens, I was able to infiltrate their ranks unchallenged.  Right there at the intersection of Wentworth and Cermak where the procession turned before a stage of dignitaries that included leaders of the Chicago Chinese-American community, some bloke from the Chinese government, and the Dear Leader Rahm Emanuel himself, I was able to crouch and get right into thick of the action. 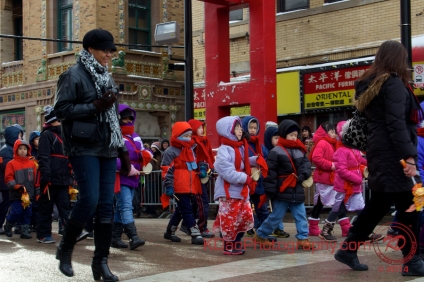 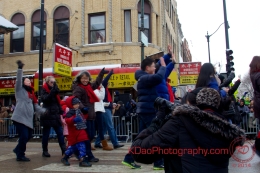 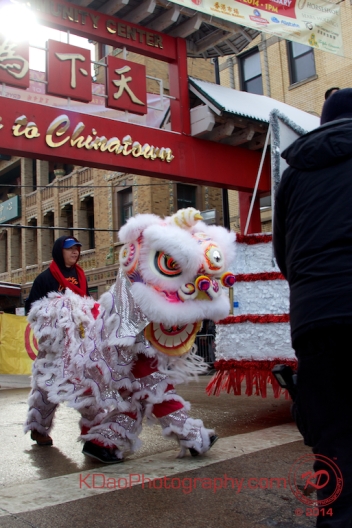 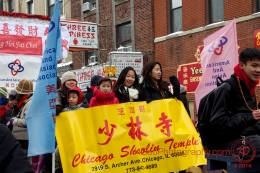 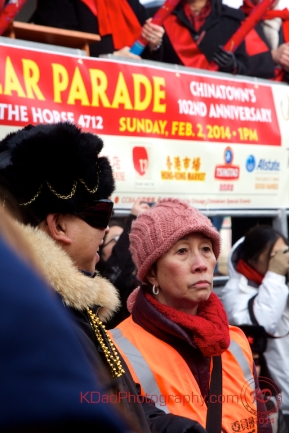 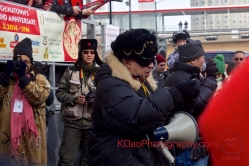 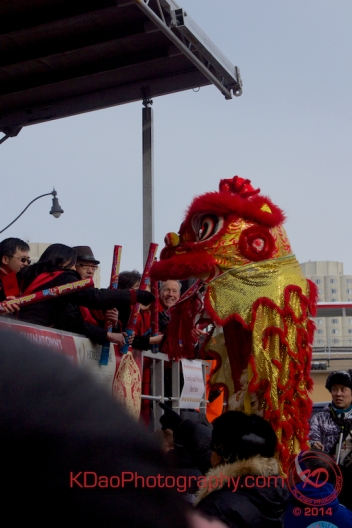 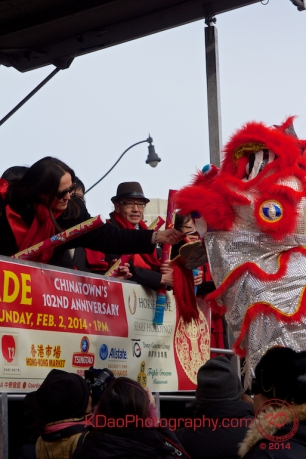 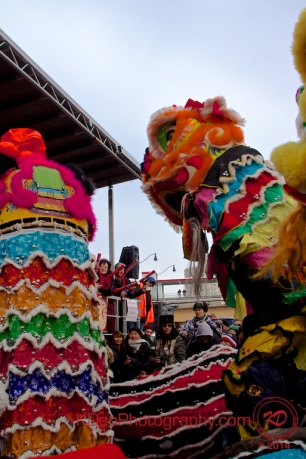 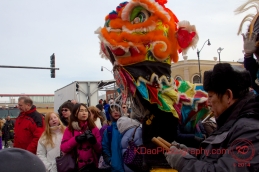 Not a bad way to end my Tet weekend.

← Horsing about | Day 2: Advance retreat
The winter then →