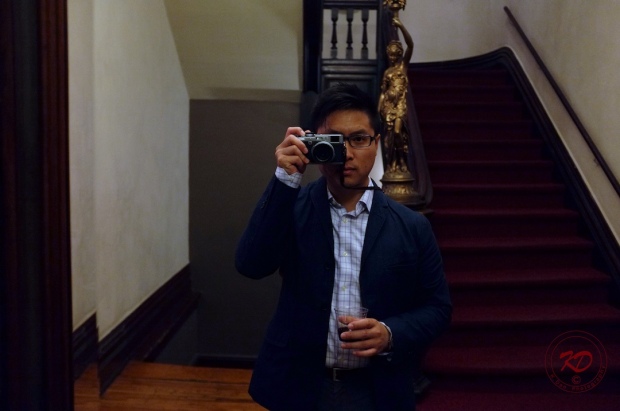 While Christmas and St. Patrick’s Day are my favourite holidays of the year, New Years Eve and Day have proven to be less so.  I can recall only two New Years that I have thoroughly enjoyed: 1) five years ago when I spent it with this girl I was dating at the time and 2) last year when I out with my buddies barhopping while dating a steady stream of whisky.  All other years, however, I could not help but to feel . . . isolated.

There is something rather dreary about this holiday in particular.  I have thought about the reasons for such over the years, and I have concluded that it is a series of factors of varying magnitude that makes 31 December and 1 January appear utterly bleak to my eyes.  These individual factors are external and internal.  There is nothing I can do to change the external factors, so I have been making strives throughout the years to prevent the internal factors from sending me into an emotional malaise during this holiday.

The external factors include the contemporary customs and traditions practiced on New Years Eve and Day.  My friends can attest that I excel at many things, including the art of drinking in excess.  The idea of such on the evening of 31 December to usher in the a new year bear little appeal to me, though.  Yes, we drink to welcome in another 365.25 days, but drinking before midnight to a countdown feels depressingly finite.  Even though the party does not formally end at midnight, the feeling among the crowd is still there.  With the exception of last year, partying after midnight on New Years does not foster the same jovial and adventurous spirit that begs for a drunken march to Taco Burrito King at 3:00AM. 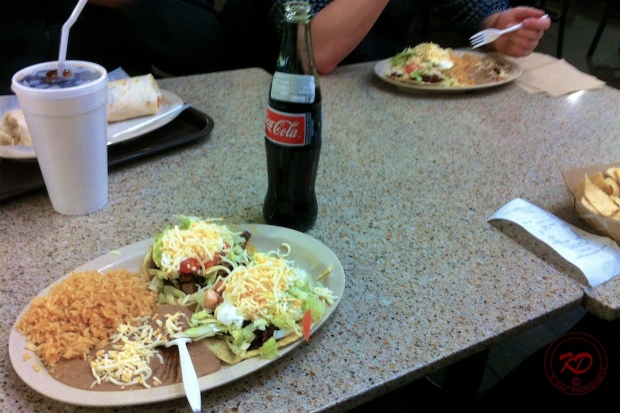 Another external factor that affects my feelings over New Years is the tradition of singing Auld Lang Syne.  To clarify, I like the song set to Robert Burns’ poem.  I rather enjoy singing it  outgoingly over a Scotch flight with friends at a Scottish pub.  The way how it is sung en masse and in a slurring manner out of either drunkenness or ignorance of the lyrics is just utterly dreary and bleak, however.  And that is quite unfortunate as Burns’ poem is rather appropriate for a time to reflect on our past and carry those memories forward into our future.

A third factor that I shall address is both external and internal:  the midnight kiss.  I shall be blunt; it sucks when you are the only one in the room with no one to kiss when the clock strikes twelve.  In 32 years of life, the only time when I had the privilege of someone to kiss at midnight was five years ago.  Last year was not bad as I had several glasses of bourbon and Scotch before me, and with the exception of one couple, all of the friends in my group were kiss-less themselves—so we drank and then drank some more.  Those two instances were as good as it ever got for me, though.  It is difficult resisting the depression of loneliness in a sea of people having someone to kiss.  As petty as it may sound, it is not quite a positive way to usher in a new year. 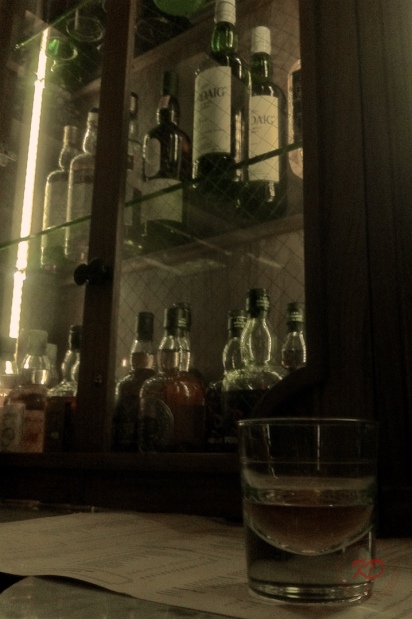 This leads to the internal factors.  One cannot help but to reflect on the previous twelve months around this holiday.  What we choose to focus on is completely our own decision.  I am the author of my own annual review, not Facebook.  The danger, however, lies in the ease in reflecting on the negatives and ignoring the positives.  The emotional intensity of bad memories can overpower that of good memories.  This is something that I have grappled for some time.  As every year comes to an end, I have in the past all too often found myself asking, “would’ve, could’ve, should’ve,” as well as all of the, “shouldn’t haves.”

Entering the third decade of my life, however, I have become blessed with experience and seasoned foresight.  One should not—one cannot deny the positives that have happened.  No matter how bad things may have gotten, one must be able to see the good things that have blessed one’s life, even if all that one can see is that of being alive.  There is always something for which to be grateful.  To dwell on the negatives to walk a dark and bitter path of constant complaining and malcontent.  It drives away not only any shred of happiness than one can grasp, but it can also drive away people around who may find it frustrating to see a someone so petulant and acrid.

Equally as important that I have discovered, however, is to deflect the negative memories and turn them into positive energy.  If anything, I recognise much more mistakes by my own hand or inaction every passing year.  Instead of dwelling on them and wallowing in misery, though, I have taken strides to embrace those mistakes and to learn from them, no matter how painful or humiliating.  It is through accepting what has happened and to learn from such that one can shed off the darkness and live in the light. 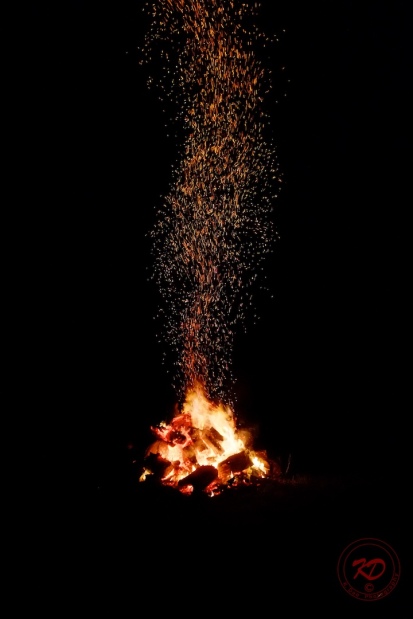 Reflecting on 2015, many things have occurred in the lives of those I care for and in my own life.  I have both seen and shed tears of joy and remorse in the past 365.25 days.  I have witnessed the terrible effects of death rippling through several mourning families; I have grieved with my best friend over a painful loss.  I have experienced a crisis within my own family regarding a medical emergency afflicting a relative that thankfully has been recently resolved.  I have had the misfortune of questioning the loyalty of several friends; the slightest doubt in the trust of a friend disturbs me greatly.  In all instances in which I have tried to reenter the perilous realm of dating, I have woefully failed.  I am still learning from these lessons and will continue to do so into 2016.

On the other hand, in the past 365.25 days, I have accomplished more than I could have imagined.  I have earned a Juris Doctor after toiling for three years in law school.  Recently, I have completed the work in earning a Master of Laws in Intellectual Property.  I have added to my legal skills the experience of practical trademark and patent work.  Because of my efforts in this past year, I can smile in delight as I proudly walk once again in commencement regalia and receive a fifth degree in a few weeks from now. 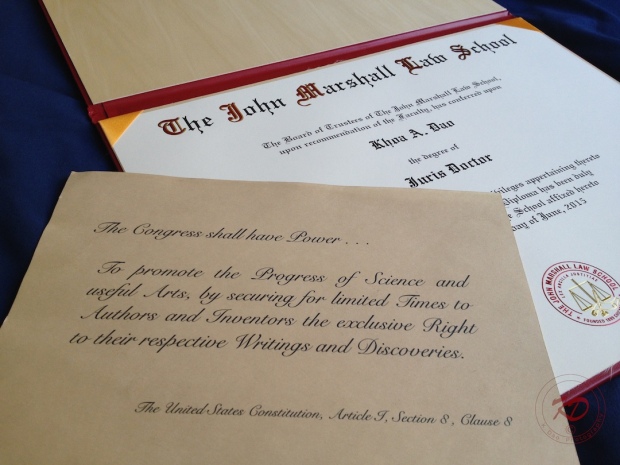 Of my other profession, my skills as a photographer have grown significantly.  The photographic works that I have added to my portfolio and curriculum vitae have ranged from a military funeral to a boudoir and pinup shoot to venturing into surrealism with a series of fireworks images.  I have also added a new medium to my repertoire—135 film.  And of course, I have had the privilege of passing on my skills to a talented apprentice who herself continues to excel in her own photographic work. 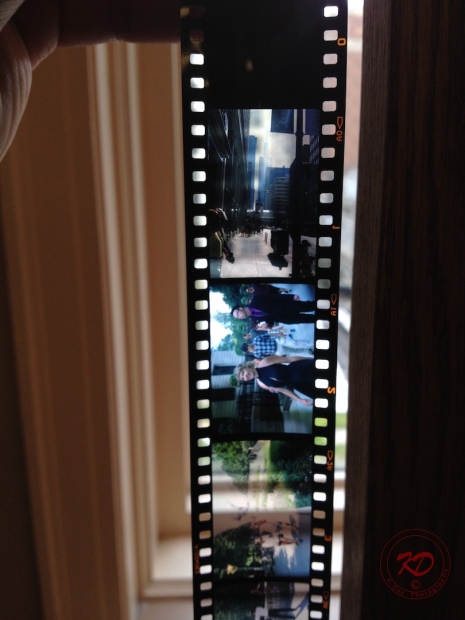 In other life pursuits in the past year, I have made a slow but steady return to fencing and running.  Even now in the dead of winter, I can recall vividly the great feeling of jumping into Lake Michigan for a swim after a three-mile run during the summer.  I have also learned basic firearms operations when I spent a day with my buddy and his wife at a firing range.  Among the various pistols and rifles that I shot that day, I got to fire a c1944 M1 Garand.  For a history geek as myself, being able to shoot with the rifle that defeated Nazism on the western front of the Second World War was an absolute thrill.  There is an odd satisfaction from hearing the ping of the en bloc clip ejecting out after shooting the last .30-06 round. 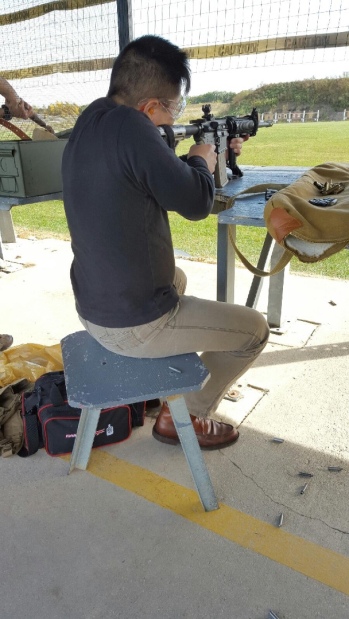 A three-hour boat cruise on the lake for a good friend’s birthday party was also a great experience, though as with every party involving this friend and her family, I get the same Russian song stuck in my head for days afterwards.  There was also the time when I attended an “eviction party” in Pilsen and found myself in the kitchen of a soon-to-be condemned building with my camera and a Latino heavy metal band rehearsing before the main show.  Of course, I shall never forget another friend’s birthday in which I found myself crammed into the back of a Toyota Celica with three other inebriated friends–one of whom could not stop declaring that he hated us all–eventually followed by me crawling out of said Celica on all fours in front of a Taco Bell in Wicker Park at 3:00AM. 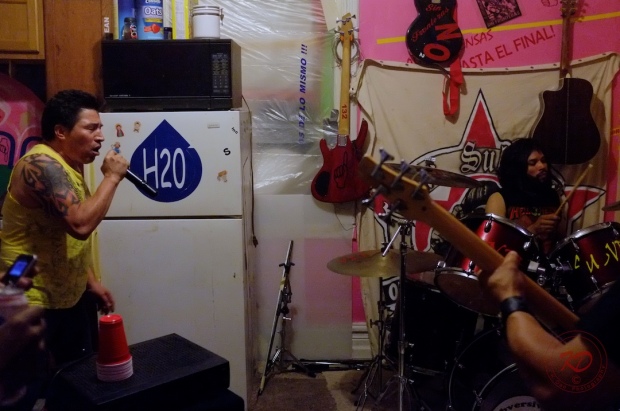 The best reflection of 2015 for me, though, has been recognising ever more so the importance of family and friendship.  Life is fleeting and finite.  We cannot waste any moment of it, therefore.  There will inevitably be a day when we wake up and the ones we care about are no longer around.  Until that day, I shall cherish every single moment with the souls most dear to me.  I normally do not believe in making New Years resolutions as one should always be bettering oneself regardless of where the planet is in relation to the sun, but a continuing goal in 2016 and beyond is to make and spend more time with my family and friends. 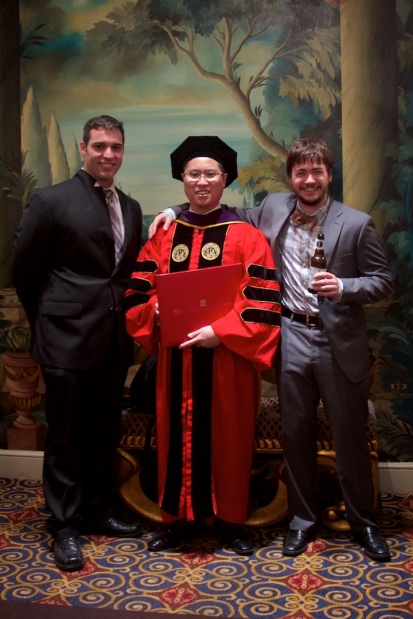 Conversely, however, I am spending New Years Eve this year quietly and in contemplation.  No parties, no whisky flights, no Taco Burrito King (especially given that the one in River North closed down last month).  Instead, I shall spend this 31 December in peace.  That being said, I am already planning for St. Patrick’s Day 2016 . . . let the Guinness flow . . . . 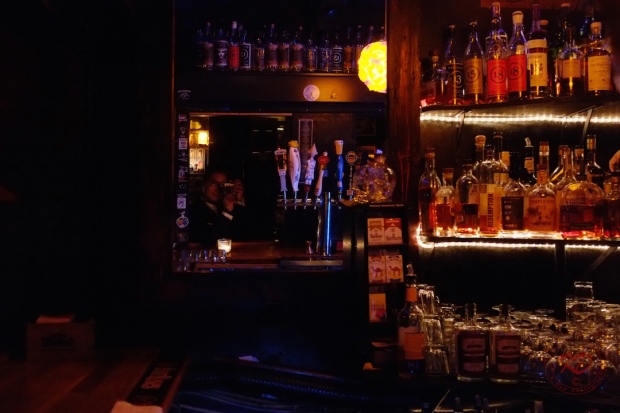 ← The Christmas spirit awakens
Of success and burgers →