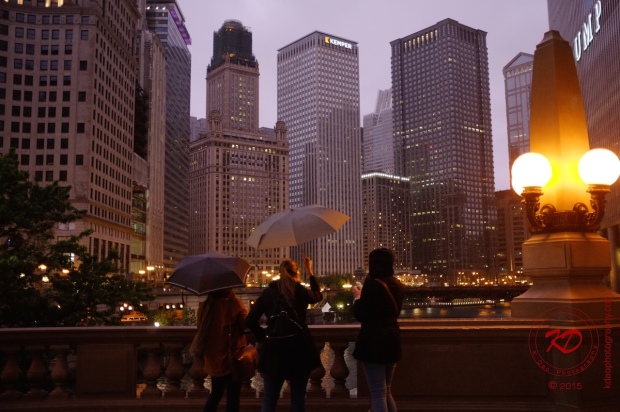 Five years ago this week, I embarked on a great adventure that to this day stands as the best decision I made for myself.  It was an adventure that started out with a primary objective that eventually become moot, causing me to wander around an occupational purgatory for a year before finding my footing in two career paths which recently have brought major milestones.  As I stand tall with my latest accomplishments, I cannot help but to look back upon the past five years. 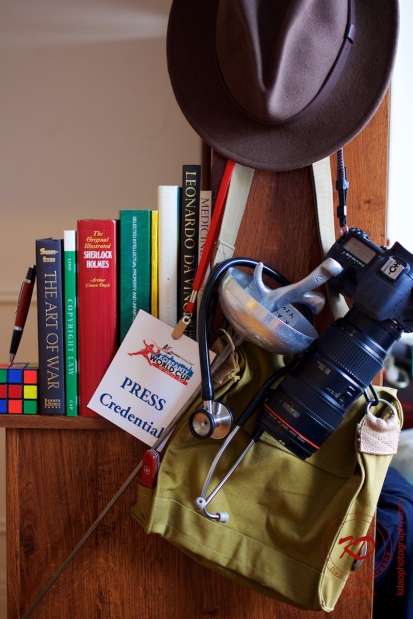 A visual résumé of sorts.

Through an introspection of my time here in Chicago, I have arrived at several conclusions.  First, if I were to sit down today with the man I was five years ago, neither incarnations would be able to tolerate one another’s presence.  I am fairly certain that present-me would call past-me a jackass, kick him into the Chicago River off the Kinzie Street Bridge (where the notorious Dave Matthews Band poop dump incident occurred), and then proceed to drink a glass of Laphroaig in good riddance to that martini-drinking idiot.  Five years ago, I was a snobby and conceited medical student who was pretentious yet superficial, thinking that I was invincible yet freaking out over every little thing, spending my weekends at clubs drinking complicated cocktails and trying to chat up vapid women.  Today, I stand as a law school graduate and a photographic artist who sees beauty in humanity yet peering deep into the simple things in life, questioning everything and being mindful of my thoughts and words, a little more humble yet confident, spending my weekends either at a quiet pub sipping on single-malt whisky or roaming the streets with a rangefinder-like camera in hand to capture stories that convey just how human we all are.  Chicago made me a better man.

I cannot attribute it all to one single thing.  Although it was a totality of circumstances that fostered my growth, however, those circumstances would not have occurred if I did not leave the void of Youngstown, Ohio for the promise land of Chicago, Illinois in end of June 2010.  In a sense of irony, akin to how the devastation from the Great Chicago Fire of 1871 lead to this city to rebuilt itself up from the ashes to become as grand as it is today, it took my own falls and failures here for me to build myself up to become who I am today.  It took ending a close friendship with someone from med school, becoming disillusioned with medicine and the system, experiencing an existential crisis from such disillusionment, and the lack of emotional support from my girlfriend at the time, that forced me to pick myself up from those metaphorical ashes.  After quitting medicine, I found myself wandering around trying to figure out what to do with my life.  It was around that time that in the fencing realm that I started taking photographs of my teammates at tournaments.  Looking to improve my skills, I looked to photographing beyond fencing.  Through browsing books and looking up resources online, I discovered the works of a Frenchman who made wonderful photographs of people going about their daily lives—Henri Cartier-Bresson.  Inspired by him and his images, I took my raggedy Canon Powershot camera out to the streets, made a crap load of mistakes, and learned from them.

My rather uninspired late early work, from 2012.

Another rather uninspired late early work, from 2012.

It was through photographing people—or attempting to photograph them—that I became more observant, and in doing so, I felt myself regaining a sense of humanity that I had lost during my medical education.  In trying to find scenes of daily life to capture, I discovered my own life and soul.  I was teaching myself not only how to use a camera and how to make a photograph by my own design, but I was also learning about human nature, about mistakes, about accomplishments, about decisions and indecisions.  What I had learned most, though, is that an occurrence in life exists only for a moment, a fraction of a second, and then it is gone.  That is how Chicago and photography saved my soul. 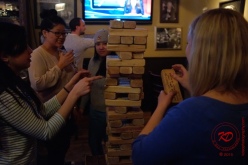 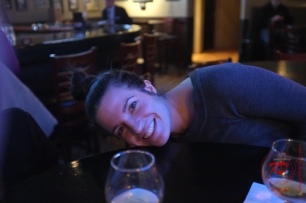 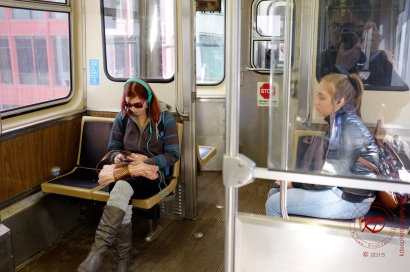 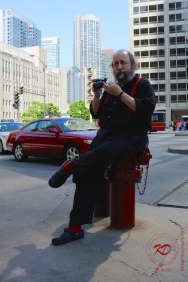 Law school came about from knowing how competitive and saturated the professional photography field is, becoming curious about how to legally protect my work and my rights, and a telephone conversation with my father in which he told me that he wished I had went into law instead of medicine in the first place because he had always seen more as a lawyer than a physician.  That story, in my opinion, is not as deep as the aforementioned.  Nevertheless, it was in the beginning of my second year of law school that I read about the copyright lawsuit involving noted asshat Richard Prince stealing photographer Patrick Cariou’s work, and it was that case that solidified what is now an obsession over intellectual property law.  Incidentally, it was while walking around downtown doing street photography that I came across what is now my alma mater—The John Marshall Law School. 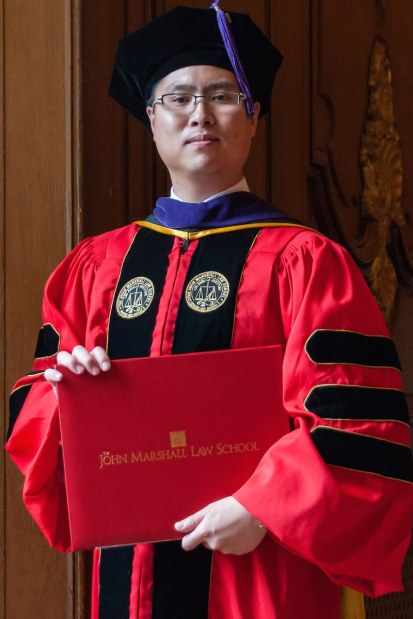 Juris Doctor earned. The war is not over for me yet, however; I return in the autumn for a Masters in Laws in Intellectual Property. © Adam Barbanell, ABarbanell Photography 2015

I cannot help but to notice that my friend and photographic protégé, Annamaria, is now undertaking her own life journey of self-discovery and growth.  Her path, however, is not contained within one city but rather many on a continuing road trip, traveling across the continent in search of new experiences that will ultimately impact her life for the better.   I wish her safe travels and Godspeed.

Before Annamaria left for her journey nearly a month ago, we did a photowalk around downtown on a rainy Saturday evening.  She is a natural with a camera, and her skills are only improving at a fast rate. 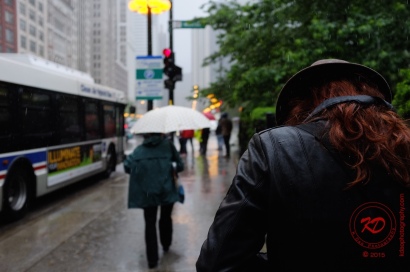 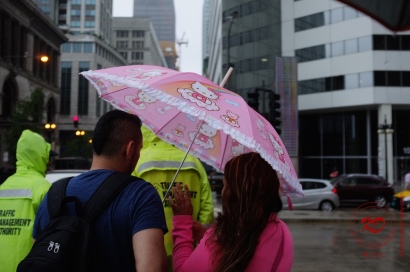 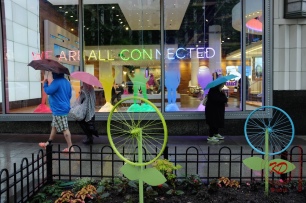 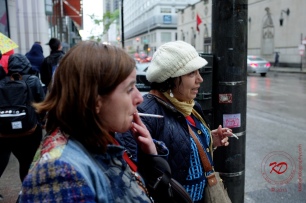 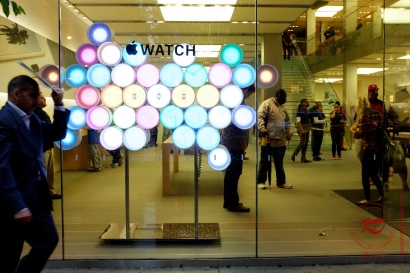 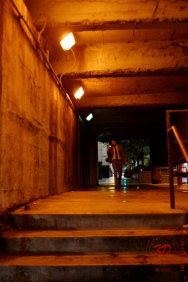 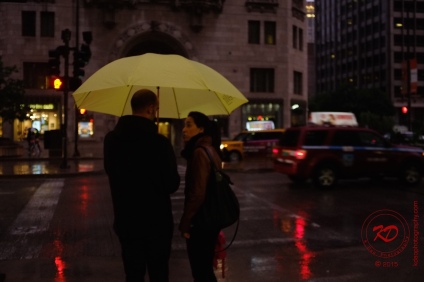 She, too, shares a love for this city, and even though she feels she may not be destined to live in Chicago, she had this to say:

each visit has left me oddly heartbroken. I miss so many stupid things about the city that even while I was happy to be there the past few weekends, under it all I was sad I would have to leave in less than 48 hours.

Whenever she wishes to visit Chicago, I will be here with my camera ready for another street adventure.  Until then, I will be following her journey through personal correspondences and through her own blog at: vidachrome.wordpress.com (and on her Facebook page, facebook.com/vidachrome).

4 thoughts on “The great adventure”